A Year Throughout The Solar System

How old can a dog get on Neptune?

It’s been 1 year since we discovered Neptune, the 8th planet in the solar system. This beautiful blue gas giant, Neptune, was discovered on September 23, 1846 by several independent observers.

Wait – is there something wrong with my math skills? A year ago was 2021, wasn’t it? Or has the pandemic messed up my time perception so much, that I no longer know what year we are in?

Fortunately not. It’s true that on Earth it’s been way more than one year since we discovered Neptune. But on the planet itself, i.e. on the surface of Neptune, it has now been a year since it was discovered by us. This means that Neptune made it one trip around the Sun and is now back where it was at the time of discovery.

This is exactly what we will explore here, namely our perception of a year and how this differs throughout the solar system.

One Year Is One Orbit Around The Sun

If I decide to look at my watch for one second while I am standing her on Earth, and I ask my alien-friend to do the same while she’s standing on Mars, we will both be done at the same time. But, if we instead decide to look at the watch for one year, I am going to finish way earlier than my alien-friend, because by the time I am done looking at my watch, she is only a bit more than half way through her year.

These “effects” are not related to something exotic like relativity theory or quantum hocus-pocus. It’s simply because we define a year as the time it takes a planet to orbit the Sun. But nowhere in that definition do we mention which planet we are on (or which star we are orbiting, for that matter). And hence we get a dependency. We depend on knowing which planet we are standing on. In order to compare to a year on another planet, we must transform that year into a unit that is comparable both places.

We could of course just count seconds. Seconds have the same length on all our eight planets – but seriously, that would mean juggling around too many digits, and we’re not up for that today. It’s way too cumbersome to juggle such large numbers.

Instead, we will here use the time scales here on Earth. But for that to work, we need to define the time and clarify that when we say “one year” we mean “one year on Earth”.

But hold on … what actually IS one year on Earth? Well, this question has more than one correct answer. The first right answer is to use a sidereal (pronounced “SAI-DE-re-al”) year. That’s the time it takes the Earth to make one orbit around the Sun.

Another definition of a year would be 365 days. But that would not be a sidereal year. A sidereal year is not 365 days x 24 hours (note *). That’s because a year does not cover the same time duration as the Earth spinning 365 times around itself. That would imply a perfect “alignment” if Earth would spin exactly 365 times (on the dot!) around itself during the time which it takes the Earth to make a trip around the Sun.

The latter depends on the speed at which the Earth is moving through space as well as the size and shape of its orbit, and this motion is completely independent of the Earth’s own spin. So naturally, we expect the two rotations to not be an integer-ratio, i.e. we expect decimal numbers to appear. And they certainly do. A sidereal year is a bit longer than a calendar year, by roughly a quarter of a day.

So to sum it all up

(And that’s not entirely accurate either, because the actual count is 0,242199 days. Sigh. But in the spirit of moving on we’ll accept that to be 1/4).

*Note: And one Earth rotation is not exactly 24-hours either as it takes Earth only 23 hours and 56 minutes to do a full rotation around its own axis.

A Year From Mercury To Neptune

Now that we have a proper definition of time that we can use on all eight planets in the solar system, let’s take a closer look at what a year is on each planet. In the animation above you can see how the planets move – who is quick and who is slow.

When we talk about “days” in the following descriptions, we mean the time it takes Earth to rotate around itself.

Mercury is the first planet. It is small and rocky and it’s located closest to the Sun. It has the smallest planetary orbit in our solar system and the quickest road around the Sun. It takes Mercury 88 days to make an orbit around the Sun. This means every 88th day here on Earth, Mercury is celebrating new years.

Venus is the second planet from the Sun. It’s a very toxic planet squeezed in between Mercury and Earth: the third planet where we live. A year on Venus takes 224 days.

Mars is the fourth planet from the Sun. It’s also the furthest of the rocky planets, that all are found in the inner circle of the Sun’s vicinity. Mars has the longest year of the four rocky planets. It takes almost twice as long for Mars to go around the Sun as it takes Earth. One Martian year is 1.9 Earth years. Fun fact: A day on Mars, i.e. one rotation around Mars’ own axis, is called a sol.

Further from the Sun we find the four gas giants. They share the characteristics that they do not have a solid surface. Also, they have much larger diameter than the inner rocky planets.

Jupiter is the closest gas giant. It’s the biggest planet in our solar system and it is known for its red color. It has the famous Great Red Spot, which is an impressive storm covering a diameter bigger than the Earth’s. A year on Jupiter is long. It takes almost 12 years here on Earth before one year has passed on Jupiter.

Saturn is next in line and is most famous for it’s beautiful ring system. This is not unique, though. All gas giants have rings around them – its just that Saturn’s are way more pronounced. A year on Saturn is almost 30 years here on Earth.

Uranus is the third gas giant and is perhaps the least adored planet in our solar system. Its name is often subject to jokes, and I am even smiling myself as I am typing its name. With a Uranian year lasting 84 years on Earth, there should be enough time to process any jokes about names, though.

Neptune is the last and furthest planet in the solar system. It is around 30 times further away from the Sun than the Earth. It not only takes home the prize as the most distant planet, it’s also the one with the longest year. A year on Neptune takes 165 years on Earth.

How old is a dog on Neptune?

Well, this requires some math, but if we do it together, it shouldn’t be too scary.

Perhaps you now want to convert this into Neptunian days? Well, there is a catch. One day on Neptune is on average 16 hours, but because the surface is not solid, the planet rotates at different speeds at different locations. Consequently, a day is only 12 hours at the poles and longer at equator. Since we don’t know where on the surface of Neptune the dog is located, we can’t give an exact answer.

But remember – somewhere in the Universe, on some planet, a year has passed since you started reading this blog post.

It took me a year to read this blog post…

What Is Quantum? Part 1: The Quantum Orchestra 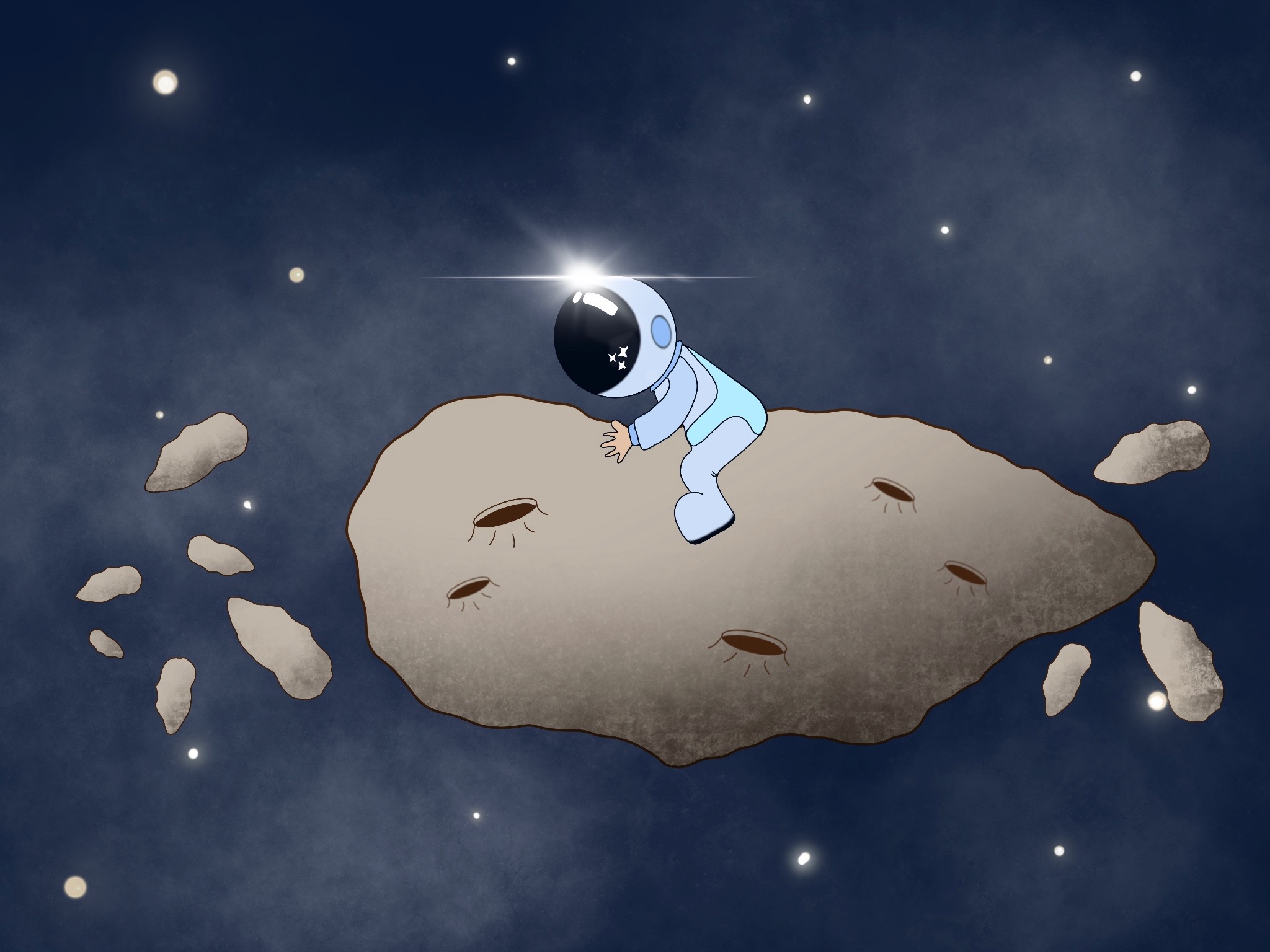 1 thought on “A Year Throughout The Solar System”