Where is the Edge of the Universe?

The Universe is a peculiar place. Large and violent supernova explosions coexist with our tiny blue planet and the living creatures on it. Bright stars burst out energetic particle storms while newly born proto-stars slowly evolve within their dusty cocoons.

It is difficult to grasp the size of our Universe, where these mind-boggling events take place. In an attempt to do so anyway, it can be tempting to imagine the Universe as a (very big and round) house, which often leads to questions like “How big is the Universe?” and “Where is the edge of the Universe?” – much similar to a house with a properly defined size under the roof. The analogy with a house is nice, but there is a problem with it. A house has 4 walls and is the same size today as it was yesterday and (unless force majeure hits you over the night) the house will have the same size tomorrow.

The Universe is completely opposite to a house. There are three distinct differences between a house and our Universe: 1) The Universe does not have 4 (or any other amount of) walls, 2) the Universe was smaller yesterday than today and 3) it will not be the same size tomorrow as it is today.

The Universe does not have Edges – it has Horizons

Luckily, we have different types of horizons in the Universe. They are our measuring sticks in the Universe and are commonly used in cosmology. Horizons give us a grasp of the size of cosmos, but they can be tricky to understand. Relativity theory (as Einstein formulated it) states, that time and space are not static entities. A second can be longer or shorter than a second, and a meter can be longer or shorter than a meter (this also goes for a mile – Einstein did not let anyone off the hook, not even the Americans). A horizon is ‘how far you can see’ – and this is much more useful for us than ‘how big is the Universe’.

Let us understand what a horizon actually is. When you sail on a boat with a view of the ocean, you do not see an edge of the ocean. Instead, you see a horizon – and beyond that horizon you see nothing.

Now, let us pretend that another ship is approaching your ship. You can not see that the ship is on its way to you, because the ship is beyond the horizon. This does not mean, that the ship is behind an edge or sailing in a different ocean. It is just sailing beyond your horizon making it impossible for you to see it or communicate with it. Your horizon is determined by the physical properties of Earth, e.g. its shape, which will lead to your horizon being at a certain distance from you.

If we assume that both ships are sailing towards each other with a reasonable speed, you will at some point see the approaching ship. This will happen when the ship crosses your horizon. When one ship sees the other, the other ship will also see the one. Horizons are symmetrical and no ship’s location is preferred over the other. To you it looks like the other ship is ‘too far away’, but for the other ship you will look like the one, who is far away. This analogy is similar to the Universe, where the ships are two galaxies. If they are beyond their respective horizons, they can not communicate.

Sailing in a straight line will eventually make the two ships meet. However, this is not necessarily the case in the Universe. The Universe and everything in it is constantly expanding and has always done so. This means that some horizons you can never cross. We will dive into the Universe’s many different horizons in a bit, but first let us take a closer look at expansion.

Space is the fabric of the Universe and it is stretching like elastic bands. This part is tricky, but it is nevertheless important to understand that it is space itself which is stretching – just like stretching a piece of chewed gum (eeew!).

Not only is space stretching, it is also doing it at a higher and higher pace. This is why we say that the Universe expansion is accelerating. Galaxies which were close to us billions of years ago are now receding away from us with a speed higher than the speed of light (also called super-luminal speed or higher than c), because of space expansion. Einstein claimed that no information travels at a speed higher than the speed of light and this of course still holds. Space itself can stretch and make the distance between galaxies increase at a super-luminal speed, but no information is sent or received. It is the fabric of the Universe itself that it growing. Each part of space is stretched like a piece of chewed gum (yuck!).

It is normal to think about an expansion like a carpet being rolled out or hair growing. I often get the question “What is the Universe expanding into?” which implies that space is fixed and at the border of the Universe extra space is added making the Universe larger. But that is not how it works.

Let us take a closer look at the chewed gum (bvdr!). You do not add more gum and you do not expand the gum at the border. The gum expands everywhere at once. The Universe works the same way, except there is no border or fingers that are doing the actual stretching. Instead, physicists believe that the expansion is caused by dark energy, which is a form of energy no one knows much about. But dark energy or not: the Universe expands like gum being stretched and not like a carpet, which is being rolled out.

Now that we know what a horizon is and how the expansion works, we are ready to learn about three of the (in my opinion most important) horizons in the Universe.

The particle horizon defines our observable Universe. This means that light emitted from beyond this horizon at the time of the Big Bang has not yet reached us. (Feel free to read that sentence twice – it is not straight forward to understand).

Remember the particle horizon is the maximum distance that particles could have traveled during the past 13.8 billion years. It is not the distance of the furthest galaxy that is sending us a photon right now.

It takes time for the photon to travel to us, so ‘extra space is added’ during the travel. The horizon covers all galaxies that we receive light from at any point in the future. Tomorrow, in a year, in a million years. Some photons are on their way to us right now with information we will not know until they arrive. This is how we can receive information in the future from regions of space, that we can not see yet.

The current event horizon of the Universe is around 16.7 billion light years.

This horizon you might have heard of. The Hubble horizon or Hubble sphere or Hubble volume or Hubble bubble is the horizon which makes up the line between galaxies that are on one side moving away from us faster than the speed of light and on the other side moving towards us slower than the speed of light. This horizon is at a fixed distance at a fixed time, and it grows larger over time due to the accelerating expansion of the Universe. As stated above, this is not a violation of Relativity Theory. Einstein’s wisdom applies to the peculiar velocity of an object – more on that in a minute.

The Hubble horizon is much closer to us than the particle horizon. This is because, as we just saw above, the furthest galaxies that we receive light from today are now traveling away from us faster than the speed of light. These galaxies have had billions of years to travel in an expanding Universe, which has led them to be too far away from us to communicate with in the future.

The current Hubble radius of the Universe is around 14.5 billion light years.

How can we Receive Signals from a Galaxy that is Moving Faster than the Speed of Light?

This seems strange at a first glance, because we learn that nothing can exceed the speed of light. The key to understand how this can be is to realize that it is space itself that is expanding at an accelerating rate. This means that right now a meter (or mile) in space expands at a certain speed determined by Hubble’s Law: the expansion velocity at a specific point in space is equal to Hubble’s constant times the radius (in this case the distance from us).

Another thing is the motion in space. The velocity arising from the expansion of the Universe is merely one part of the total velocity and it is called the recede velocity because it is the velocity at which galaxies at a certain distance are receding from us. The other part of the total velocity is the peculiar velocity, i.e. the velocity of the object (or photon) itself. Velocity is a vector, which means it has a direction (shown with an arrow in the above illustration). A photon traveling at speed c, which is emitted from a galaxy moving away from us at speed c, will eventually reach us in the future. This is due to the growing nature of the Hubble horizon in an accelerating Universe, which will eventually catch up with the photon allowing us to observe it.

The tricky part about expansion in the Universe is that it is an acceleration (not a velocity) and it happens everywhere at the same time. It is not an effect that only happens beyond the horizon of the observable universe. Every single cubic meter expands in all three directions at a certain speed right now. And the further away we look, the more empty space is between us and hence more cubic meters that had much more time to expand than corresponding cubic meters in our vicinity.

There is no Preferred Location in the Universe

The physics explained above applies anywhere in the Universe. This means if this blog post could be read by an alien far far away, the same horizons would apply from the alien’s view point. This is because the Universe is isotropic, which is a fancy word for ‘no preferred direction’. It also means that aliens, who live in galaxies 10 billion light years away can see galaxies, that we never have seen and never will see, because these are hidden behind the particle horizon.

In order to fully understand the definition of the horizons you have to do the math. I encourage you to do this using Hubble’s Law as your starting point. 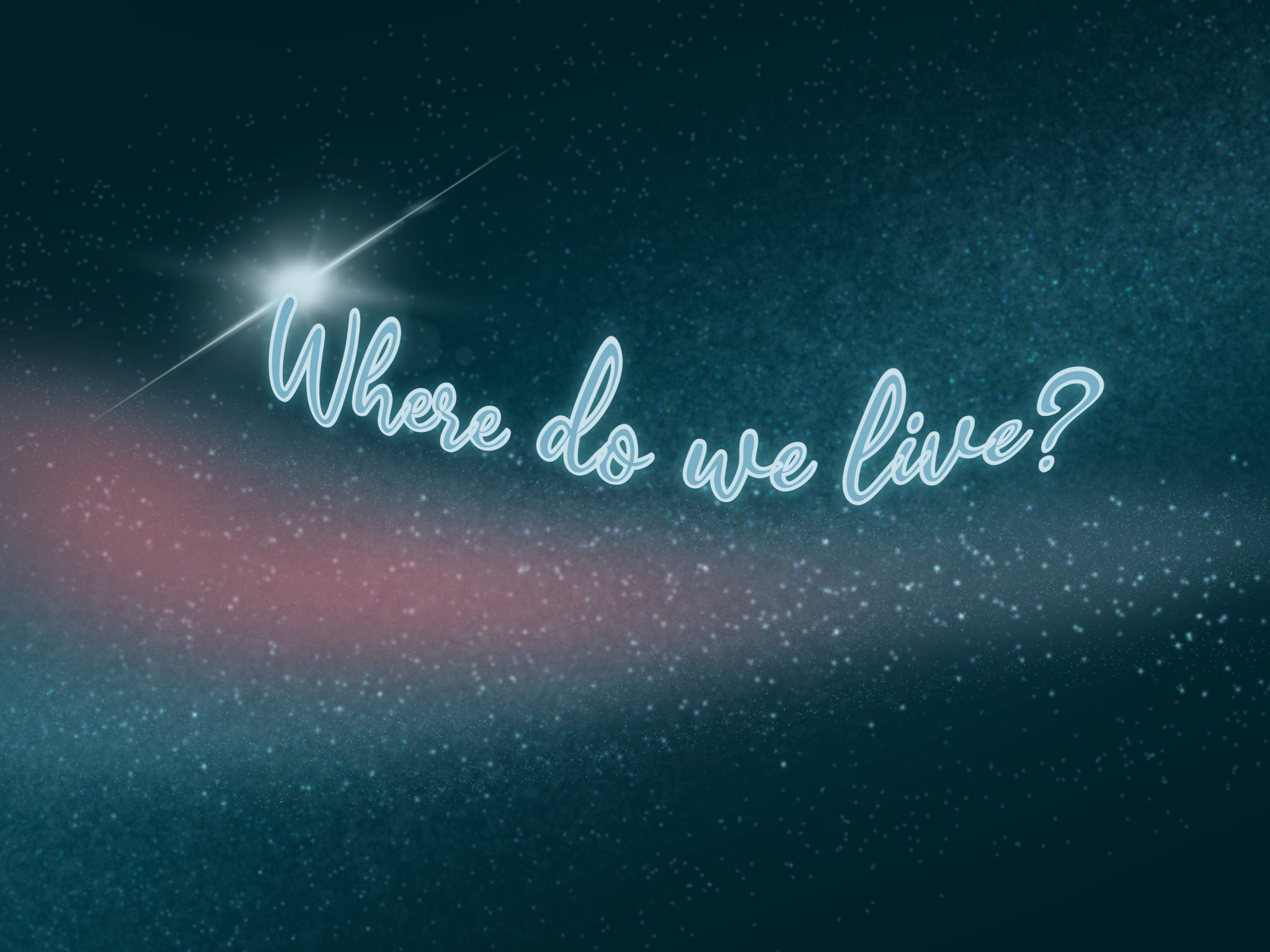 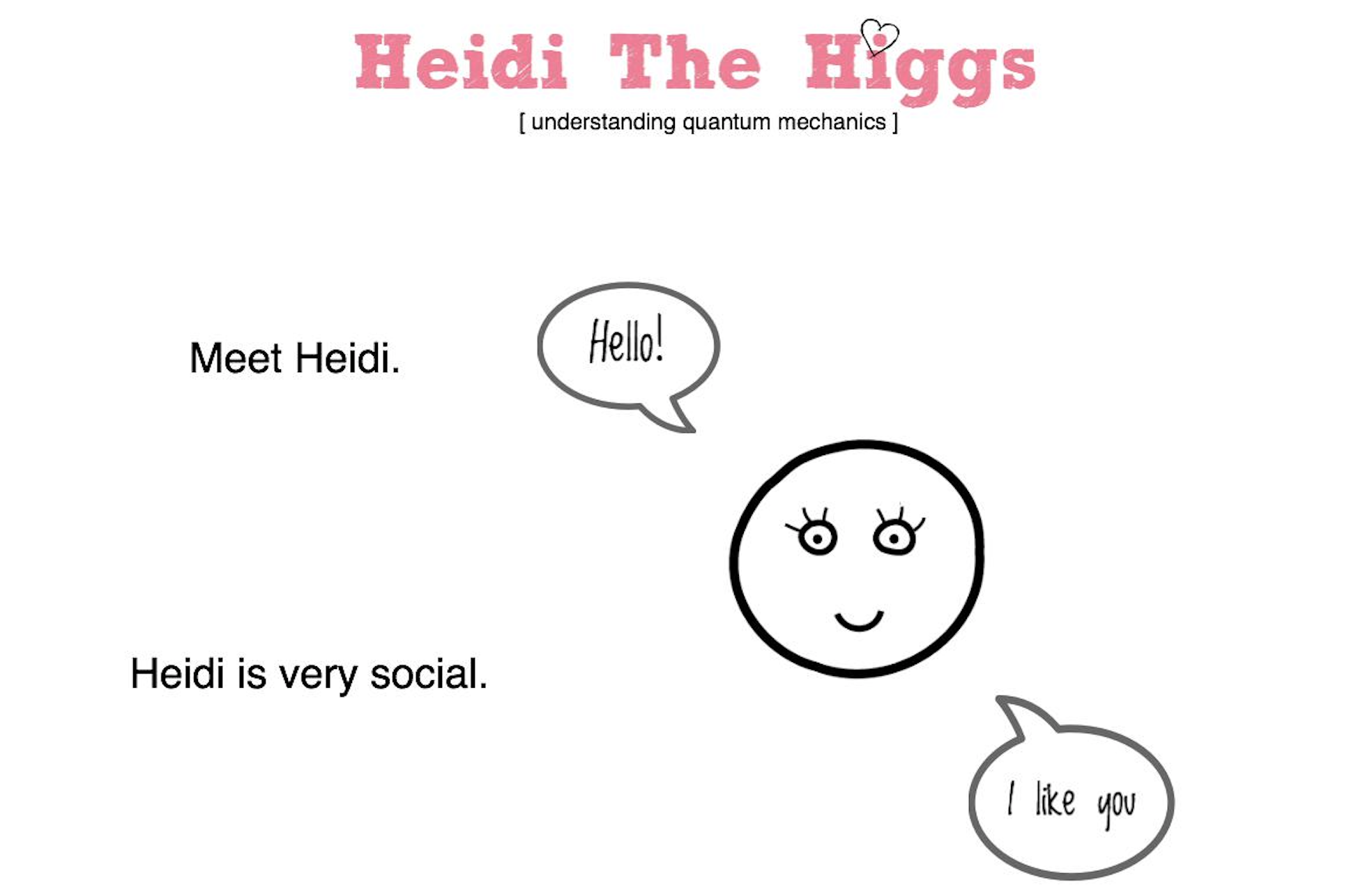 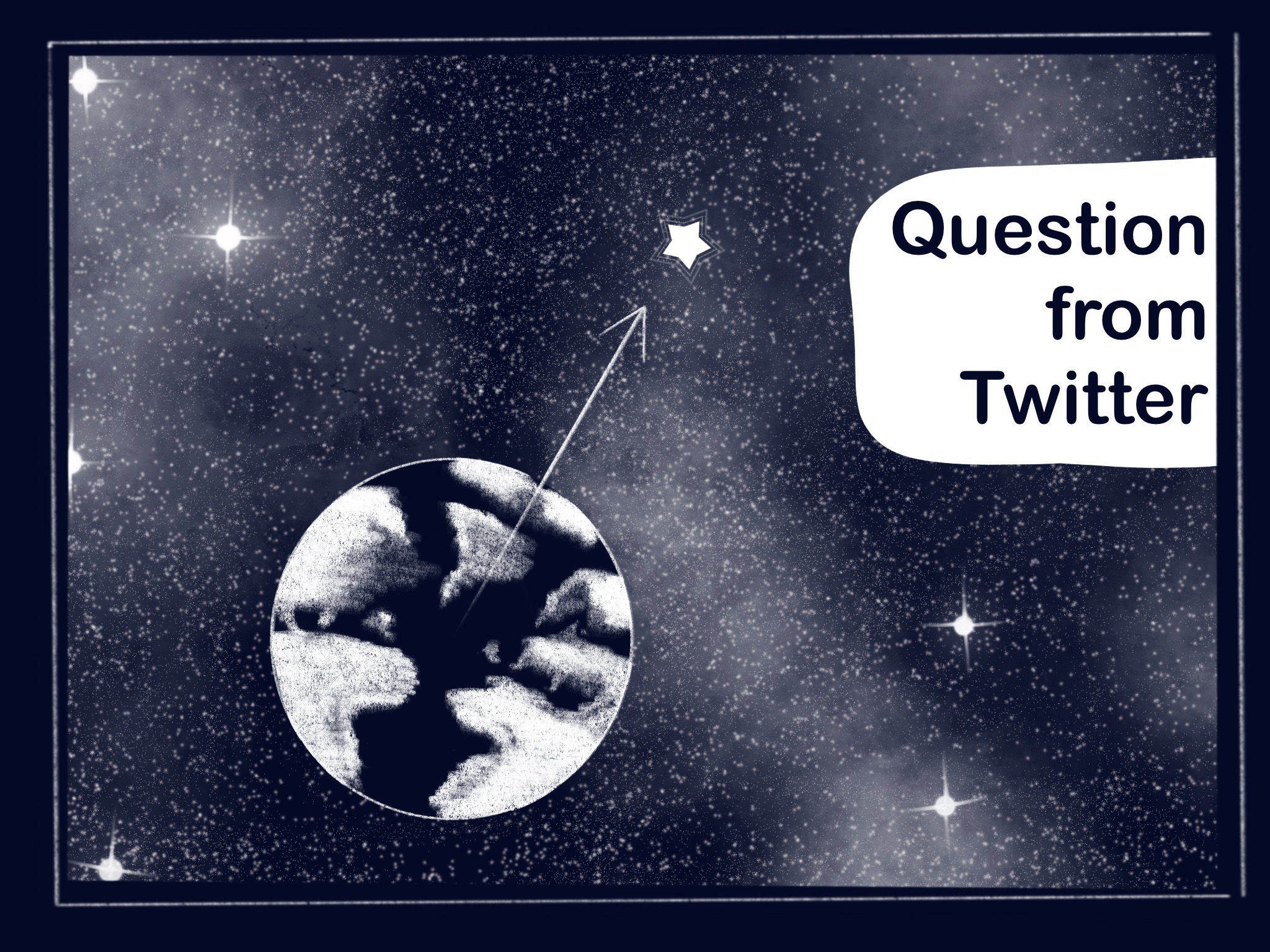 4 thoughts on “Where is the Edge of the Universe?”